Pedro Reis recently joined the Institute of Mechanical Engineering as a Full Professor. After working for ten years at the Massachusetts Institute of Technology (MIT), he will continue his research into the mechanical properties of flexible thin structures at EPFL and is eager to convey his passion for mechanical engineering to his students.

Pedro Reis specializes in the mechanics and physics of solids. His specific research interest is the buckling of slender structures, a mechanical instability that causes these structures to deform. Reis focuses on harnessing the flexibility and the reconfigurations that arise from the buckling and using them in functional systems. By conducting precise laboratory experiments, Reis has developed a methodology that exploits the geometric invariance of buckling, with the ultimate goal of creating models that can predict the mechanical behavior of these slender structures. As the head of the Flexible Structures Laboratory (FLEXLAB), Reis, who holds a PhD in physics, hopes to shed light on the mechanical properties of slender structures like knots, which have rarely been studied in engineering and physics and have applications in areas such as surgical suturing. “If we gain a mechanical understanding of this flexible structure, we will be able to predict knots in surgical sutures will behave when we change one of the variables, such as the material used for the thread or its diameter,” explains Reis. “We’ll then be in a position to apply these findings to robotic surgery.” Another example of the type of problems he is interested in is the relationship between the deformation of thin structures and fluid flow, such as when the wings of an insect or a bird flex during flight.

Slender structures have one of their dimensions much smaller than all others, such as a strand of hair or a sheet of paper. Whether they are microscopic, like graphene, or microscopic, like the steel pipes used in geothermal engineering, these structures share the same characteristic: they become deformed as they buckle under a compressive load. In the past, researchers studied their properties to try and prevent these mechanical instabilities. But Professor Reis chose to do the opposite: he wants to harness their flexibility. Deformation is intrinsically linked to an object’s geometry, making slender structures flexible but inextensible. The deformation process therefore involves geometric nonlinearities that are fundamentally challenging to understand and predict. By conducting precision model experiments, Reis is able to study these structures’ essential physical ingredients in scaled-down laboratory conditions. The findings are then used to develop theoretical models and computer simulations that can be applied to the original scale that motivated the problem. “I really think that these precision model experiments are a powerful tool for discovery and exploration in mechanical engineering,” says the professor, who also uses digital imaging, computer simulations and theory to support his approach.

At EPFL, Professor Reis hopes to convey his passion for mechanical engineering to the students. “This field is becoming increasingly popular in top universities around the world and is attracting more and more students,” notes Reis. “That’s largely due to society’s increasing demand for new technologies that are at the interface between the physical and digital worlds. Mechanical engineering is perfectly positioned to meet that demand in an integrated way.” He also hopes to encourage students to experiment and take advantage of the very broad skills acquired during the course. “Mechanical engineering brings together several fundamental specialties,” explains Reis. “I’d like to get students to combine all this know-how, so that they gain experience in transforming an idea into a project, which is the cornerstone of engineering design. I strongly believe in the concept of learning by doing.” For him, EPFL is the ideal place to carry out this project. “EPFL’s expansion, particularly in mechanical engineering, is incredible. Being part of this process and contributing to the stabilization phase will be truly inspiring,” says Reis. “I think that the Institute of Mechanical Engineering has enormous potential, with students, researchers and young professors who are rapidly becoming world-renowned experts in the field.”

Originally from Portugal, Pedro Reis obtained a master’s degree in applied mathematics from Cambridge University and a PhD in physics from Manchester University, before going on to do post-doctoral research in New York and Paris. He then taught for ten years at MIT. Thanks to his scientific approach, he is recognized as an important researcher within the mechanical engineering and physics communities and has received several awards for his work. 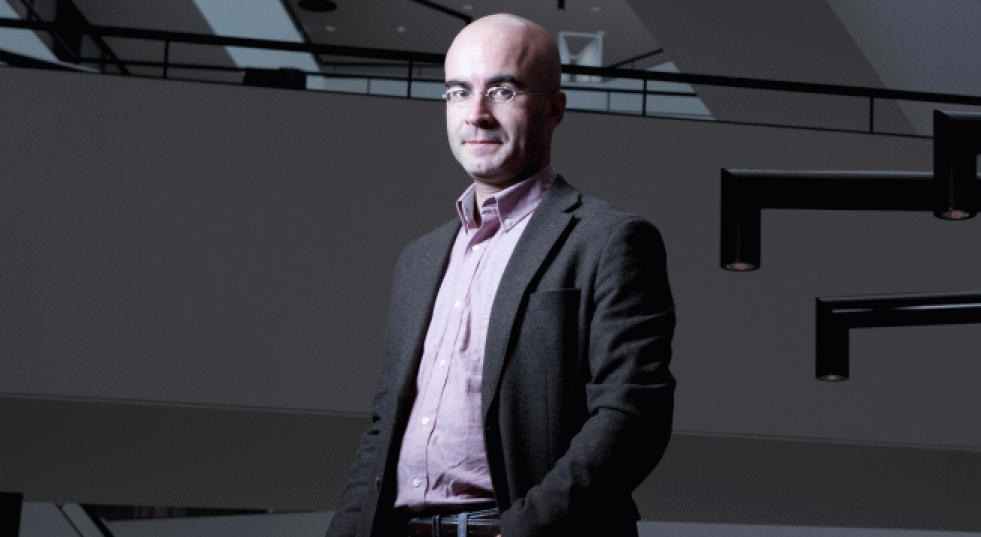