A portable device can detect the presence of certain types of cancer in people’s breath. Tested on patients, the new device was developed in part by EPFL researchers as part of an international collaboration.

Inhale, then exhale. This simple act could now save lives. A technology developed in part at EPFL can quickly identify the presence of a head and neck cancer, such as of the throat or mouth by analysing people’s breath. The new device, equipped with extremely sensitive sensors, has been tested on patients and operates with a computer or even a mobile phone. It’s an innovative tool for the early diagnosis of tumours.

Very few routine exams exist to detect cancer. Yet this disease is the third leading cause of death worldwide. Most tumours are found relatively late, which makes recovery less likely.

Cancer "signals" its presence in human breath
At SAMLAB in Neuchâtel, under the direction of Nico de Rooij, a team of researchers including Frédéric Loizeau, a doctoral student at the time, developed very precise micro-sensors able to distinguish the breath

of a healthy patient from that of a sick one. The scientists’ starting point was the observation that human breath contains not only air, but also hundreds of volatile organic compounds (VOCs) whose presence and concentration vary depending on the patients’ state of health. The metabolism of cancerous cells is different from that of healthy cells, and the two types of cells produce different substances in terms of both quantity and typology. As a result, they leave their "signature" in people’s breath.

The researchers managed to detect these nuances with the aid of a network of micro-sensors. Each sensor is composed of a silicon disk 500 micrometres in diameter that is covered by a polymer and suspended by four minuscule "bridges" with integrated piezoresistors. When exposed to a gas, the polymer absorbs certain molecules and the disk changes shape. This deformation is detected by the four piezoresistive bridges, which emit an electrical signal. This phenomenon makes it possible to determine the signature of the gas and its concentration. The trick lies in using different polymers on each sensor, in order to obtain an overview of the gas composition. (see box on the right)

SAMLAB researchers were given the chance to collaborate  with the late 1986 co-laureate of the Nobel price of physics, Heinrich Rohrer, to develop this MSS technology.

"There are already methods for detecting molecules called ‘electronic noses’ on the market. But they have a hard time analysing very complex gases like human breath," says Nico de Rooij. "Humidity in particular can disrupt the reading, leading to false positives or false negatives." With the new sensors, the detection process becomes extremely accurate.

Clinical tests on healthy and sick patients
With the collaboration of the Swiss Nanoscience Institute of the University of Basel, the EPFL researchers were able to test their device on actual patients from the University Hospital of Lausanne (Centre hospitalier universitaire vaudois, CHUV) who were either sick or had undergone surgical treatment for head and neck cancer. The results of these tests showed that the sensors were incredibly effective. A Neuchâtel-based company has already expressed interest in marketing this technology, which has been patented.

Breathe into your smartphone
But the story doesn’t end there for the sensors, which have numerous applications. Recently, the NIMS/MANA research centre in Japan, another partner in the project, connected the sensors to mobile phones. This innovation earned them an award at the Nanotech 2015 event.

This technology is also of interest to biologists. At the University of Neuchâtel, tests are currently being run by the Laboratoire pour la recherche fondamentale et appliquée en écologie chimique in order to analyse the gases given off by plants when they are attacked by certain insects or mushrooms. These gases serve to attract other insects that will protect the plant. The ability to detect this phenomenon early on could allow farmers to react more quickly to an attack and, as a result, use less insecticide. 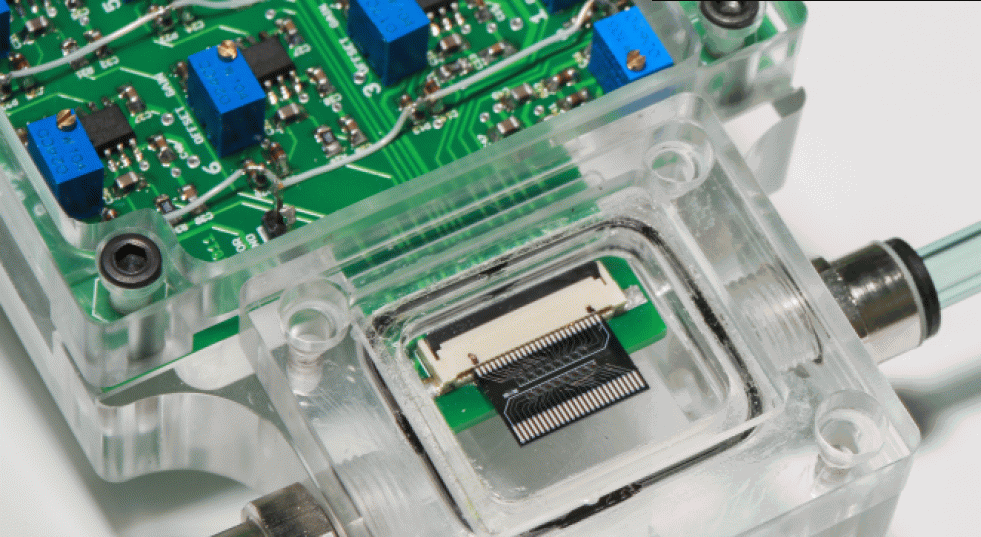