On the 1st January, 2016 three members of the Institute of Electrical Engineering on of the Institute of Microengineering were awarded the status of IEEE Fellow. This is the highest level of membership, and is conferred by the IEEE Board of Directors in recognition of a high level of "demonstrated extraordinary accomplishment".

We spoke to the four nominees about the implications of this achivement.

"for contributions to micro and nano manufacturing technology"

How does the IEEE contribute to research in engineering around the world?

The IEEE is the world’s largest professional association advancing innovation and technological excellence for the benefit of humanity. IEEE and its members inspire a global community to innovate for a better tomorrow through its highly-cited publications, conferences, technology standards, and professional and educational activities. IEEE is the trusted "voice" for engineering, computing and technology information around the globe.

As an IEEE Fellow, how do you hope to play a part in this?

Being a member of the IEEE organisation gives efficient and structured access to a network of professionals who share the same interests. It allowed me personally to meet (and learn from) other peers and inspiring persons when I met them in conferences and topical meetings. Reading their papers is important, but meeting them in person has another dimension and impact, hopefully mutually. Now as IEEE Fellow I intend to be available to the junior scientists and engineers to return to them what I received from the senior mentors, namely an attitude about quality and ethics of work as well as networking.
David Atienza

David Atienza, only two years ago, you received an Early Career Award. Now you have been elected Fellow, and you are still in your thirties.

If you were speaking to young, ambitious professors, what advice would you give them about the benefits of taking part in IEEE events and organisations?

I would definitely encourage them to attend the key IEEE events and organizations in their domain. In particular, in my field of electrical and computer engineering it is key to have good presence in IEEE events and organisations, to be able to develop the network of contacts and be aware of the trends that are going on, as well as making your own work known.

Indeed, in my view, not everything can be found or understood based on information in papers, reports, code, etc. The personal interaction is fundamental: to be known and to understand how other people think about the future in our area.

Moreover, in my opinion, being part of IEEE and taking part in events and organizations is a service to the research community in general that we (as professors and researchers) must do, to help new researchers develop and form an even stronger community. Especially it is helpful for young professors to get the best students in the near future… If they know you, they may want to join your team as PhD students or post-docs!

"for contributions to design of nanoscale biological CMOS sensors"

Sandro Carrara, being an academic is about being prepared to take part in administration, as well as doing one’s own research. You have always shown a willingness to take part in IEEE activities, including the organisation of conferences such as ISCAS, BioCAS, IWASI and ISMICT – a considerable investment of time and energy. How does this impact on your own work?

First of all, the IEEE is a fantastic organisation supporting 30 percent of the world’ literature in engineering and it has developed more than 900 industrial standards. Therefore, being active in this organisation is a duty for all of us that are leaders in their own field.

Secondly, taking an active role in organising IEEE initiatives (conferences, summer schools, courses, distinguished lectures, etc) allowed me to disseminate further the outstanding results obtained in my research, as well to learn from other worldwide leaders and, therefore, to get even more impact for my work.

Do you think the status of IEEE Fellow will open new doors for you in your future research?

For sure! The IEEE Fellow elevation is one of the highest degrees of recognition in the IEEE community and, therefore, this new title puts further light on my work, enabling more society members to know about me and my research, and thus to establish new connections that are fundamental for the development our scientific community.

How do you rate the relative importance of these four sources of recognition?

These national and international bodies have different criteria, and any relative comparison would be difficult. However, their diversity suggests that the device research carried out in our lab at EPFL is equally concerned with fundamental and applied advancements of technology, with impacts that are scientific, industrial and economic.

Having recognition for bridging nanoelectronic research to societal needs and for novel technology for humanity is of the highest satisfaction to us, as Swiss researchers. 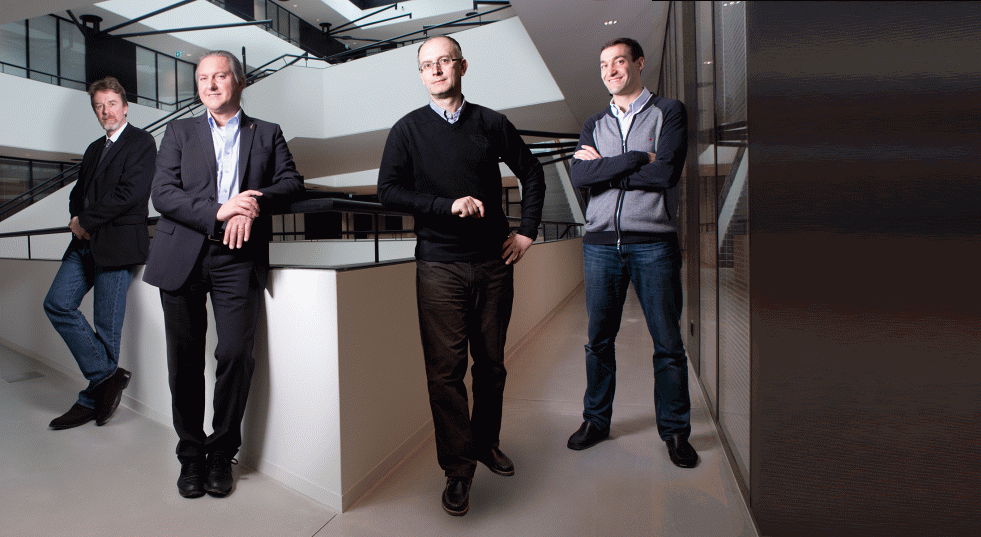