The new Mechanical Engineering building designed by architect Dominique Perrault hosts the Discovery Learning Labs, an innovative teaching project meant to encourage students to engage in experimentation and learning through discovery. The building also holds interdisciplinary research laboratories run by the School of Engineering, a space for testing drones and a lecture hall.

The new Mechanical Engineering building, officially opened on Tuesday 10 May, is a cutting-edge component of the initiative to reform teaching at EPFL. The four-floor, 8,000m2 building was designed by French architect Dominique Perrault – who is known for the National Library of France in Paris – and built by Swiss group Karl Steiner. Starting with the new school year in September, students will be able to try their hand at research very early in the curriculum through practical sessions held in the Discovery Learning Labs.

Learning by experimenting
These teaching labs sit at the crossroads of bioengineering, materials, electronics and optics. They are fitted out with specialized equipment that will allow students to run experiments and develop prototypes, from production all the way to testing. The labs will be open to all EPFL sections as part of an interdisciplinary approach to resolving the complex challenges that await future engineers. In addition to the learning labs, the building holds a 70-seat lecture hall named after Adrien Palaz, who was the director of the University of Lausanne’s School of Engineers (the forerunner of EPFL) from 1898 to 1904.

The building also holds laboratories run by the School of Engineering. These include two national competence centers – NCCR Robotics and NCCR Marvel – funded by the National Research Council of the Swiss National Science Foundation, as well as the Institute of Bioengineering and Immunoengineering and the Institute of Mechanical Engineering. In the basement, a room equipped with movement trackers is designed for drone test flights.

Connected building
The Mechanical Engineering building itself will be the focus of research by students and researchers. Deformation sensors and accelerometers will be used to observe the movement and behavior of users in real time. In addition, temperature, luminosity and humidity readings will be taken in the building to measure the efficiency of energy management.

In discussion with Matthias Lutolf

In discussion with John Botsis

In discussion with Nicola Marzari

In discussion with Colin Jones and Ian Smith 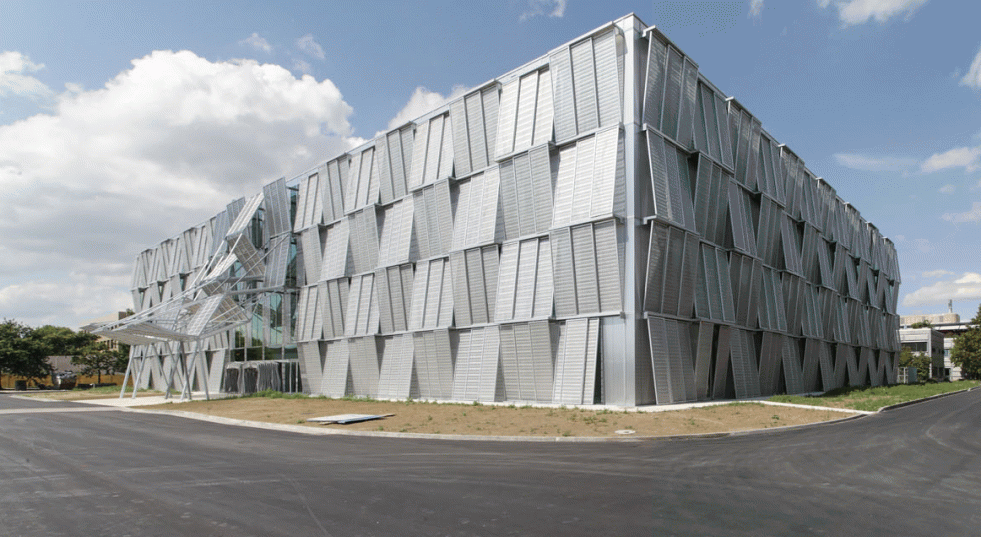