EPFL researchers have developed models of magnesium alloys to understand how to make the metal more pliable. Magnesium is the lightest metal on earth but cannot easily be shaped into usable forms. The researchers hope that with the models will lead to the discovery of new, more malleable alloys, so that carmakers can make lighter vehicles that consume less energy.

Shave just 100 kilograms off of a car’s weight and you’ll boost its energy efficiency by about 3.5%. Making lighter machines and equipment is a goal of manufacturers in industries ranging from automotive to aerospace. And the key could just be magnesium – a metal that is not only four times lighter than steel, but is also easy to find. The catch is that pure magnesium is hard to stretch and form and so cannot be used as-is. So, researchers at EPFL’s Laboratory for Multiscale Mechanics Modelling developed a model to predict how the metal behaves when mixed with different elements in order to determine which type of alloy provides the deformation capacity needed for industrial applications. Their research was published today in Science.

“Magnesium becomes much more malleable if you add a few atoms of rare-earth metals, calcium, or manganese,” says William Curtin, a professor at EPFL’s School of Engineering. “We wanted to understand what’s going on in these alloys at an atomic level, so that we can identify which elements to add and in what amounts to make the metal pliable.” Magnesium may be appreciated for its ultra-low weight, but it also has very low ductility. “That means it can break easily if it’s deformed, and so it can’t yet replace steel or aluminum,” says Curtin. The solution is to find low-cost, readily-available minerals that can be used to create magnesium alloys. Rare-earth metals like yttrium and cerium are highly effective but otherwise do not meet these criteria.

These researchers previously identified the physical properties that make pure magnesium hard to shape. It was well known that adding certain elements can make it more malleable. But researchers don’t have a good grasp of the physical mechanisms taking place – meaning they have a hard time predicting what the best alloys would be. “Engineers often design and test new alloys of steel and aluminum, the most commonly used metals, to develop lighter, more solid or more malleable compounds,” says Curtin. But the factors affecting an alloy’s ductility remain a mystery and many materials are still developed experimentally.

Studying metals on an atomic scale

The EPFL researchers studied the interactions between magnesium atoms and the atoms of the elements added to make the alloys. They found that certain atoms trigger a process that “cancels out” the mechanism that makes magnesium hard to shape. Magnesium’s low ductility is due to its low number of moveable dislocations, which are the linear defects that make metals flow plastically and that make it less likely to break when it’s deformed. The researchers found that adding certain elements substantially increases the number of moveable dislocations and therefore enhances the metal’s deformation capacity. They then spent several months using EPFL’s High Performance Computing system (SCITAS) to calculate via quantum mechanics which combinations of atoms result in the highest ductility. “We were really lucky to have access to this equipment, which let us start working right away,” says Curtin.

From modelling to production

For now the alloys are still in the modelling stage. The next step will be fabrication in the lab to see if they have the right properties for industrial use and can be manufactured on a large scale.

Animation showing the atoms moving from the initial structure to the final structure.

The movie shows the key process identified and studied in the paper: the transformation of a dislocation initially aligned along the Pyramidal II crystal plane of Mg into a structure aligned along the Pyramidal I crystal plane of Mg. This occurs by the shifting of atoms, into (yellow atoms becoming blue atoms) and out of (blue atoms becoming yellow atoms) the perfect Mg crystal structure.

This transition does not occur in the absence of Y. In the presence of Y, the Yttrium atoms (which cannot move) pull the dislocation into the new structure because this lowers the energy of the material, and nature generally favors lowering the energy. 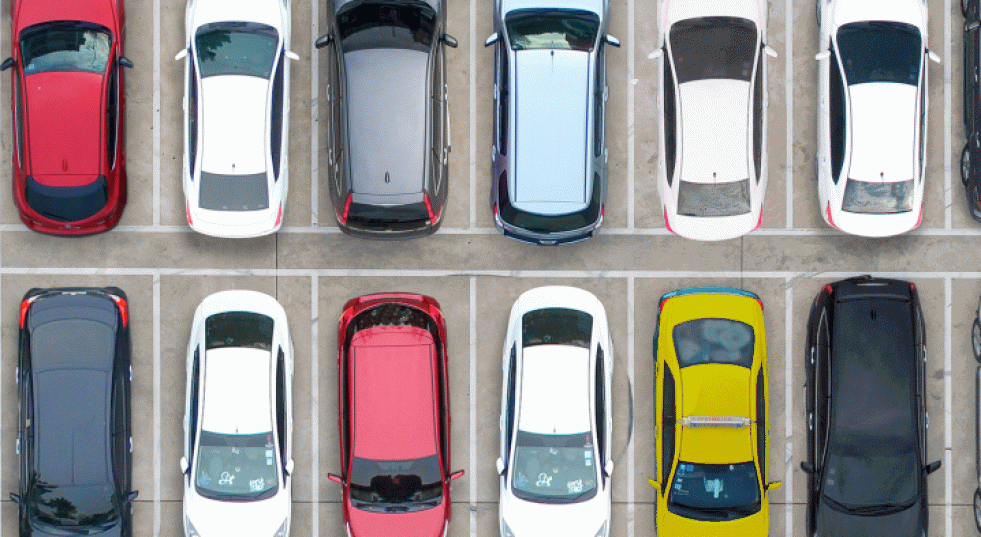