EPFL researchers have identified the excitations that carry heat in materials. They can now predict for how long and how far heat will travel before dissipating completely. Such predictions have been successfully validated in graphene, and could be used to build next-generation electronic devices.

What carries heat in a material? Well, if it is a metal, it is mostly the electrons. If it is an insulator, the conventional view, for close to a hundred years, has been that the elementary vibrations of the atoms – the phonons – carry the heat. This viewpoint represents a good approximation for ordinary materials, but it has been known that such a picture breaks down at very low temperatures, and recently it has been discovered that it fails completely in the case of two-dimensional materials.

Cepellotti and Marzari, from EPFL’s laboratory for Theory and Simulation of Materials, were able to solve this conundrum, and show that heat wasn’t exactly carried by phonons, but by more complex oscillations that they termed relaxons.

This new theory, that provides an exact answer to the theoretical problem of heat propagation, has been published in Physical Review X, and chosen as a highlight in Physics. The model has been successfully tested in graphene, giving rise to another article in the Proceedings of the National Academy of Sciences – this latter with the late Ahmed Zewail, Nobelist in Chemistry, and to a highlight in Nature Reviews Materials.

Now it becomes possible to answer exactly, under all circumstances, two long-standing questions: how long will it take for heat to propagate from point A to point B in a given material? And how far will it travel before dissipating?

Keeping circuits cool
In addition to expanding our fundamental knowledge, this discovery could be useful for making next-generation electronic devices. As components get smaller and smaller, circuits tend to overheat and engineers need to find ways to cool them. One option could be to use two-dimensional materials, like graphene, to dissipate the heat – in fact, graphene is the best thermal conductor known to mankind. But engineering such devices implies a perfect understanding of the underlying heat conduction mechanisms. "We have already shown that we can predict heat propagation in graphene, but our equations can be applied to any material", says Cepellotti confidently.

Relaxons: What are they?
The conventional view is that heat propagates through a material in the form of atomic vibrations – atoms oscillate as if they were connected by springs. So far, researchers looked at the how these vibrations, the phonons, propagate, much like waves in an ocean.

But if we cool down a system, or if we take into consideration a 2D system, each of these vibrations

senses much more strongly the collective response of all other vibrations, so that each one becomes dependent and constrained from the others. This is akin to looking at many cars travelling through a tunnel – they are not moving independently, since they are surrounded by other cars, and what becomes interesting and relevant are the deviations from such common behavior.

As they move, phonons collide and merge together, or they decay and spawn new phonons. But all these processes are tightly connected, and EPFL researchers have been able to isolate the independent players. "We now know exactly what is an elementary heat excitation, and how long it will last. That means we know how far heat will travel while a material starts to cool," says Andrea Cepellotti, first author of the publication.

For the mathematically inclined, EPFL researchers showed that thermal conductivity can be expressed as a kinetic theory of a gas of relaxons (rather than a gas of phonons, as it has been customarily assumed), where the former are the eigenstates of the phonon scattering matrix. While in most materials this distinction wouldn’t be very relevant at ordinary temperatures, it becomes dramatically so in stiff materials, like diamond or boron carbide, but especially so in two- and one- dimensional systems, like graphene or carbon nanotubes.

Laboratory of theory and simulation of materials THEOS
NCCR-marvel 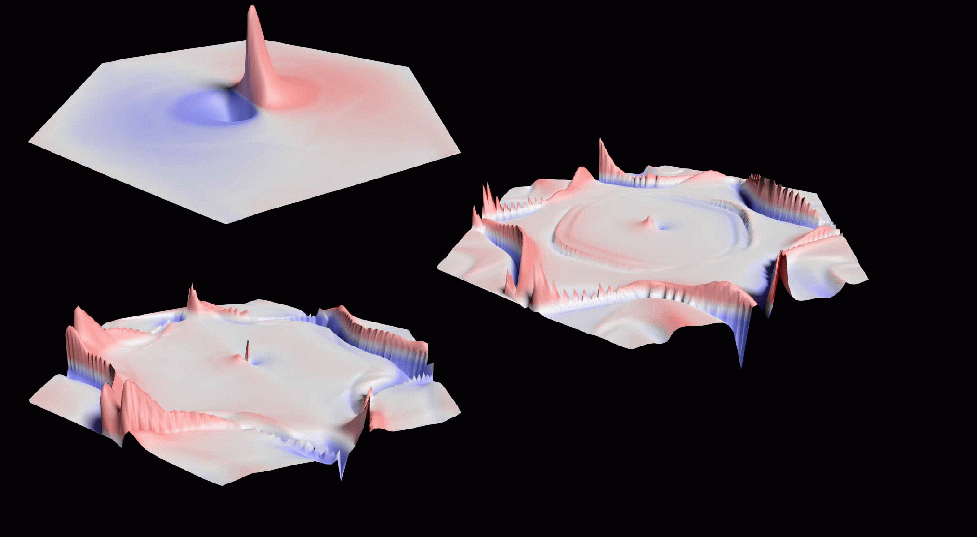