EPFL scientists have engineered a tiny guitar string that vibrates 1 billion times when plucked. They would like to use it as a microphone for light.

Strain can be used to engineer unusual properties at the nanoscale. Researchers in Tobias Kippenberg’s lab at EPFL have harnessed this effect to engineer an extremely low loss nanostring. When plucked, the string vibrates for minutes with a period of a microsecond (equivalent to a standard guitar note playing for a month). Using it as an ultrasensitive microphone, the researchers hope to be able to “hear” the sound of photons in a laser beam. The work is published in Science.

A lesson in stress management

For a mechanical engineer, stress is usually a nuisance. Properly managed, however, it can also be a powerful tool: An elastic body responds to stress by adjusting the distance between its atoms (strain), which can be used to control the properties of its electrons. One example of such “elastic strain engineering” is the modern transistor, whose operating speed is enhanced by stressing its silicon gate material.

Stress can also be used to engineer the properties of an elastic body. Stretching a guitar string, for example, will change not only its sound (its vibrational frequency), but also its quality factor (the number of vibrations produced by a single pluck). This effect, known as “dissipation dilution,” in undesirable in many musical circles, but in other fields can be a tremendous advantage.

Bigger is not always better

One such field is nanomechanics, where the quality factor an oscillator dictates its utility for applications such as force sensing. Over the last decade, strained nanomechanical oscillators have emerged as an important paradigm owing to their anomalously high quality factors; however, this trend is not as much a design choice as an artifact of large stresses naturally produced at the nanoscale.

Armed with a powerful set of tools at EPFL’s Center of MicroNanoTechnology, researchers in Kippenberg’s lab set about engineering nanomechanical devices with deliberately enhanced stress and dissipation dilution. They found that a string is an ideal geometry for this, although its motion must be localized away from its supports and co-localized with its internal stress profile.

To meet these requirements, the researchers patterned the string into a periodic structure in which vibrations could be trapped around a central defect: a phononic crystal. To co-localize strain, the defect is carefully tapered, and the entire pattern is printed onto a string of roughly 10 nm thick and 1 cm long (the equivalent of stretching the Golden Gate bridge across the Pacific ocean).

Measurements made on nanostring devices at room temperature reveal localized modes that vibrate at 1 MHz for tens of minutes, corresponding to a quality factor of 800 million. Transposed onto a standard guitar string, an equivalent “note” would play for a month.

By dint of their small mass and extreme quality factors, nanostrings similar to those developed in the Kippenberg lab are expected to have an important impact on traditional sensing applications. Operated as force sensors, for example, they are capable of detecting local disturbances at the level of attonewtons, equivalent to the gravitational pull between human beings.

One intriguing application is to detect weak light forces. By coupling a nanostring to an optical waveguide, Kippenberg’s lab recently demonstrated the ability to “hear” the gentle sound of photons flowing in a laser beam (each imparting a tiny radiation pressure force to the string). In a surprising twist, they showed how this measurement could be used to generate a nonclassical state of light known as squeezed light, which can be used to enhance the sensitivity of an optical interferometer.

They are now asking a different question: is it possible to use the same light field to “see” the vacuum fluctuations of the nanostring (a consequence of its phonon­-like nature)? “Heisenberg’s uncertainty principle predicts that the two capabilities are commensurate,” says Dalziel Wilson, one of the paper’s authors. “Operating at this so-called standard quantum limit offers the possibility of cooling a tangibly-sized mechanical object from room temperature to absolute zero (its motional ground state), the starting point for myriad quantum experiments.” 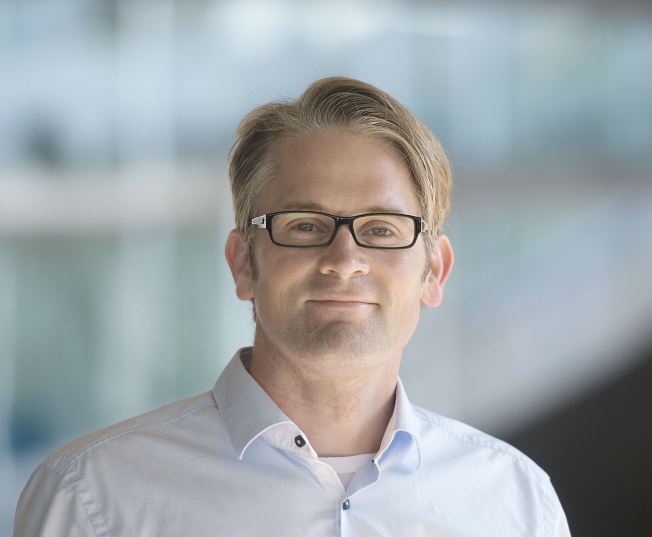