Dr. Zhaoxuan Wu and Professor William Curtin of the Laboratory for Multiscale Mechanics Modeling (LAMMM) have solved the 40-year-old scientific riddle of the low ductility magnesium.

Magnesium is the lightest metal found on earth; it is four times lighter than steel and a third lighter than aluminum.  It is also abundantly available, being the eight most common element in the earth’s crust.  These features should make it the ideal material for all kinds of uses, particularly in the automotive industry where fuel efficiency is greatly improved by reduced vehicle weight.  However, the use of this metal remains marginal. "Magnesium has low ductility, that is, it cannot be stretched very much before it breaks.  It also shows unusual behavior, such as a regime of increasing strength with increasing temperature, which is the opposite of most metals”,  said Prof. Curtin.  The Director of the Institute of Mechanical Engineering and his collaborator Dr. Wu, a long-term visitor in LAMMM from the Institute for High Performance Computing in Singapore, were able to identify the atomistic origins of Magnesium’s low ductility and unusual behavior.  This breakthrough, published in the journal Nature, could open the way to many applications of this lightweight metal.

Simulations to explain 40 years of experiments

Solving this mystery had an interesting history: long struggles, tangential advances, a new collaboration, and a “Eureka” moment.  "I worked for 7 years on magnesium”, says Curtin. “We had some accomplishments, but not on the most crucial issues, and I was about to give up, having exhausted what I thought we could do.  But then Dr. Wu came from Singapore and brought renewed energy, an array of necessary technical skills, and exceptional motivation”.   Fast forward two years and the mystery is solved: they managed to establish a picture that unified decades of experimentation.

The real progress started with the development of a new description of the atomic interactions in magnesium, a feature essential if atomistic models are to reveal any true material behavior.   "We came across a rarely-used description of magnesium, and were able to tweak it and arrive at a new interatomic potential that predicted many well-established properties of magnesium with high accuracy.”  Most importantly, this new potential accurately predicted the structure of an important dislocation, the “c a” dislocation, which is essential for magnesium to flow easily.  This dislocation, observed experimentally, could not previously be predicted.

Then came the “Eureka” moment.  “We were performing atomic simulations of the normal “c a” dislocation to better understand its behavior, and suddenly it changed”.  The atomic structure of the “c a” dislocation became entirely different, morphing into several possible geometries that locked it in place so that it could not move.  Without “c a” motion, magnesium cannot flow plastically and so has low ductility.  The new “c a” structures had been observed experimentally but how they occurred, whether they were real or experimental anomalies, and why there were several different structures, were all mysteries in the community.  The work of Wu and Curtin showed that these new structures were intrinsic to magnesium, and they described why the different structures arise in different situations, and showed that all of these structures are more stable than the desirable “c a” structure.  Thus, they found that it was inevitable that the new “c a” structures would form and kill the ductility of magneisum

A path to creating ductile magnesium

"To make magnesium malleable, we must fight against the forces of nature," said Dr. Wu.  If science does not yet have a miracle solution to prevent the phenomenon, he notes that it is still possible to slow the morphing process of the “c a” dislocations.  "At room temperature, the morphing occurs almost instantly but when immersed in liquid nitrogen (temperature -195.79 ° C), it could take several months or one year."  If the process could be delayed for a few seconds at normal temperatures, this could be enough to allow an industrial use.

Several recent experimental studies in Germany have shown that it is possible to increase the ductility of magnesium by creating alloys with rare elements, such as yttrium, erbium, or holonium.  Curtin believes these alloying elements bind to the normal “c a” and stabilize it somewhat, relative to the immovable “c a” dislocations.  So, this is very promising, but these rare materials are very expensive and therefore unlikely to be used extensively by the automotive industry.  Curtin and Wu are starting new research on how the expensive alloys, and other cheaper alloys, might stabilize the normal “c a” .  “We must find a compromise between the cost of the alloy and the material performance” says Prof. Curtin.  While he cannot predict when magnesium will be used heavily, he believes that the insights revealed by this new work will generate new ideas and approaches because the underlying origin of the poor behavior of magnesium is now more clearly understood.

This research was conducted by Prof. William Curtin, of the Laboratory for Multiscale Mechanics Modeling in the Institute of Mechanical Engineering at EPFL and Dr. Zhaoxuan Wu, a visiting scientist at LAMMM from the Institute of High Performance Computing (Singapore).

Link to the original text: The Origins of High and Low ductility in Hardening Magnesium

Link to: Institute of High Performance Computing at the Agency for Science, Technology and Research (Singapore). 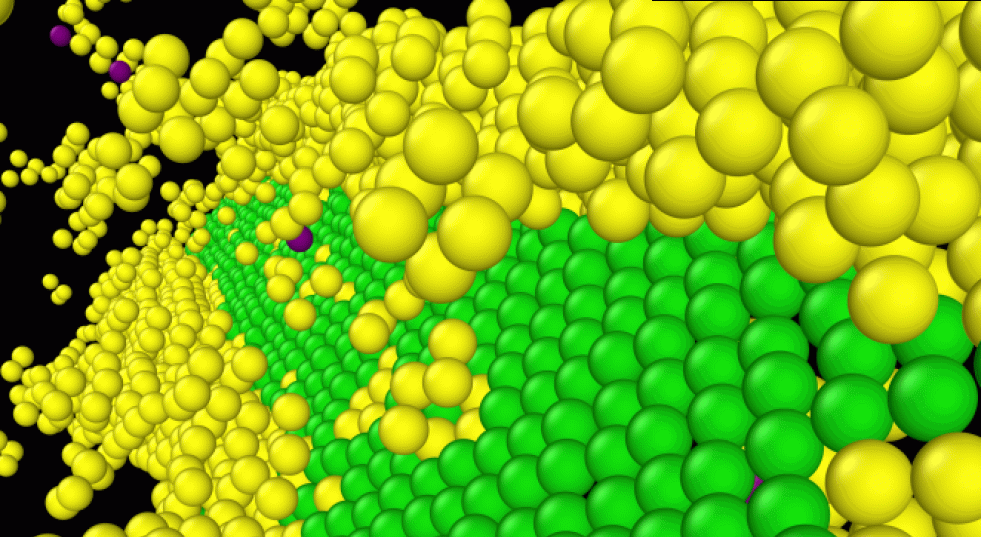